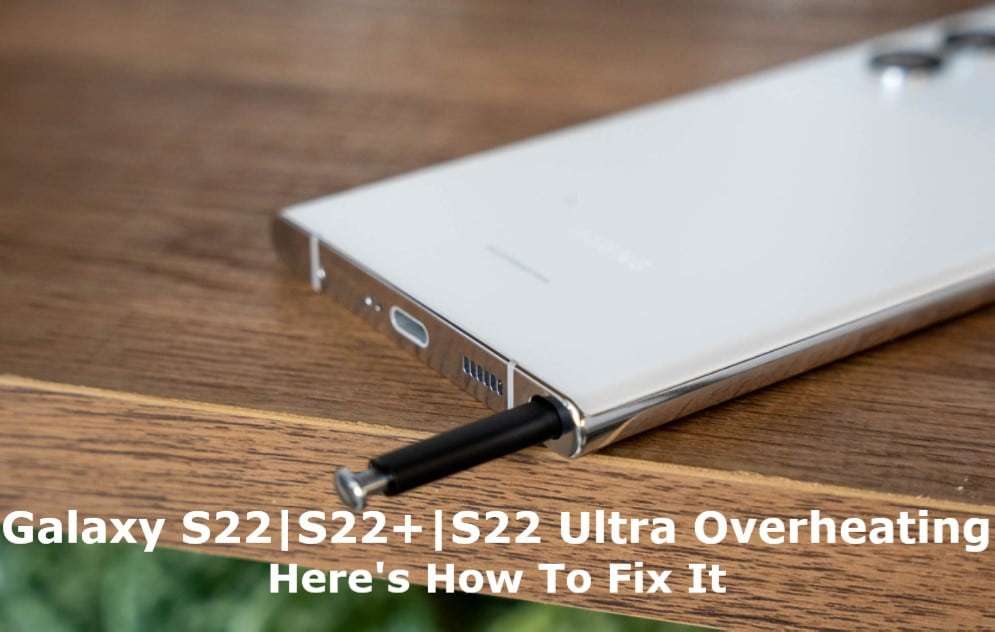 Bought s22 ultra less than week ago. getting overheats around camera. Specially when using camera heats in few seconds. even very uncomfortable to hold phone. Don’t know that it is hardware issue or just software.” in “Galaxy S”

Note: Please be aware that when conducting a software update or setting up your Samsung Galaxy S22/S22 Plus/S22 Ultra for the first time, the phone will most likely become warm as a result of the volume being downloaded. That’s to be normal, and overheating should decrease after the first week.

Yet, if after a week you’ve been having similar problems, follow the solutions below to resolve them.

One of the main issues with Samsung Galaxy S22/S22 Plus/S22 Ultra is its GOS (Game Optimization Service), which comes preinstalled, and initially, when the Galaxy S22 was released there was no way to disable it. During normal use, the chips overheat. As a result, battery life may be compromised. The fact that GOS throttles common apps,  those apps cause overheating problems.

So, Samsung Galaxy S22/S22 Plus/S22 Ultra users who have updated their device with new firmware can disable GOS (Game Optimizing Service). This will not only cure the overheating problem on your Galaxy S22 phones, but it will also improve performance.

Step 1 – Open Game Launcher and then go to More. 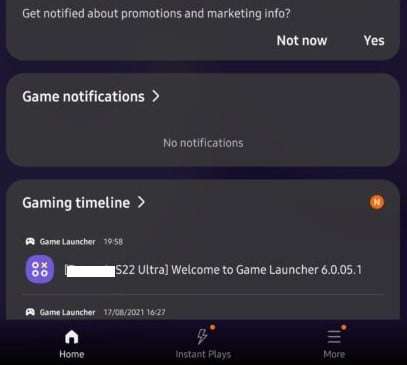 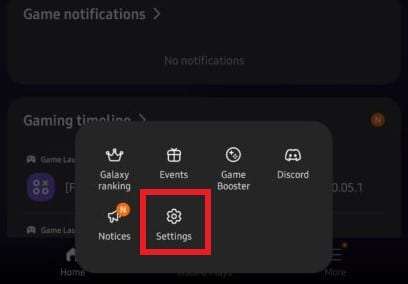 Step 3 – Now search for Labs and open it. 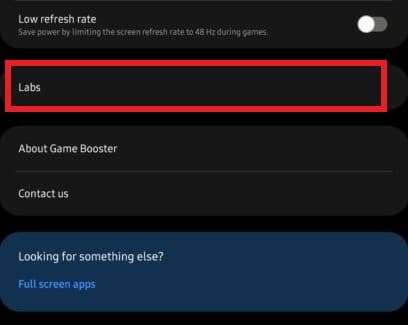 Step 4 – On the Game booster Labs page now you can see Alternate game performance management, just enable the toggle switch in front of it, and you are done. 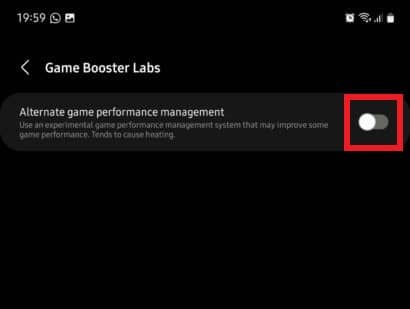 Also Read: How To Backup Your Instagram Data: Photos, Videos Reels On Android

Even when you are not using your phone, there are several apps that operate in the background consuming data and generating heat. Disabling background data can reduce some percentage of heat.

Step 4 – Now one by one tap and open apps that use background data such as Facebook, WhatsApp, Telegram, etc. 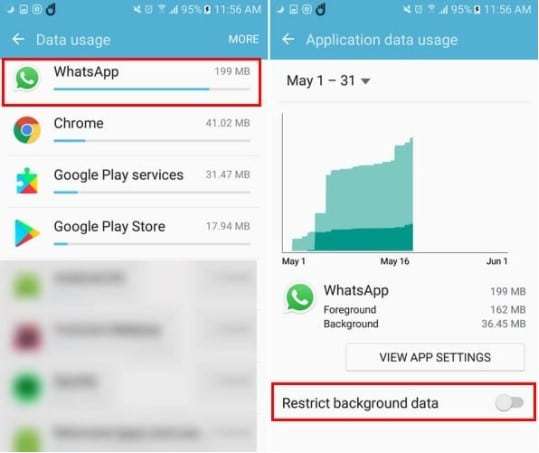 Step 5 – Tap on the toggle switch and restrict background data.

Solution 3 – Disable 5G When Not Required

So, it’s wise to switch to a stable 4G/LTE network when there is a spotty 5G network. This action will reduce heat generated by your phone, plus will also increase your Samsung Galaxy S22/S22 Plus/S22 Ultra battery life. 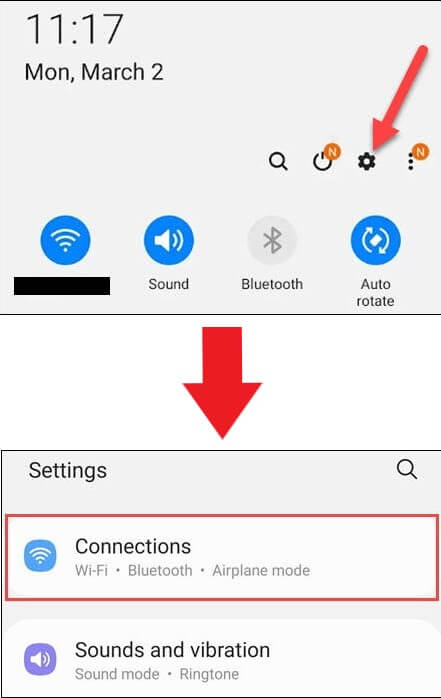 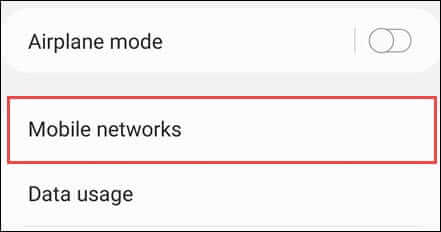 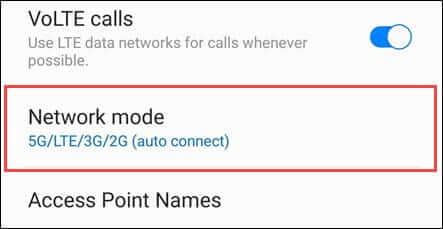 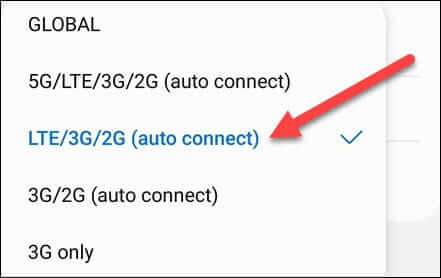 Apps that run in the background can cause your phone to overheat. You can set them to sleep to stop them from drawing power from your Galaxy S22/S22 Plus/S22 Ultra battery and producing heat. Put the apps you don’t use too often in deep sleep.

To Put Unused Applications To Sleep follow these steps:

Step 3 – Tap on Battery, and then open Background usage limits.

Step 4 – Tap on the toggle switch under Put unused apps to sleep. 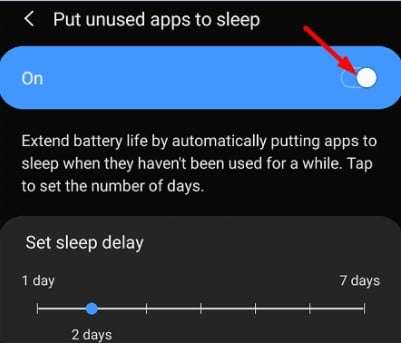 Step 5 – Now choose the apps and add them to the Sleeping Apps list and Deep sleeping apps list.

You can adjust the refresh rate back to 120Hz when necessary (for example, when playing high-definition video games). The battery will drain faster and generate more heat when the refresh rate is high.

Follow these instructions to adjust the refresh rate on your Samsung Galaxy S22/S22 Plus/S22 Ultra: 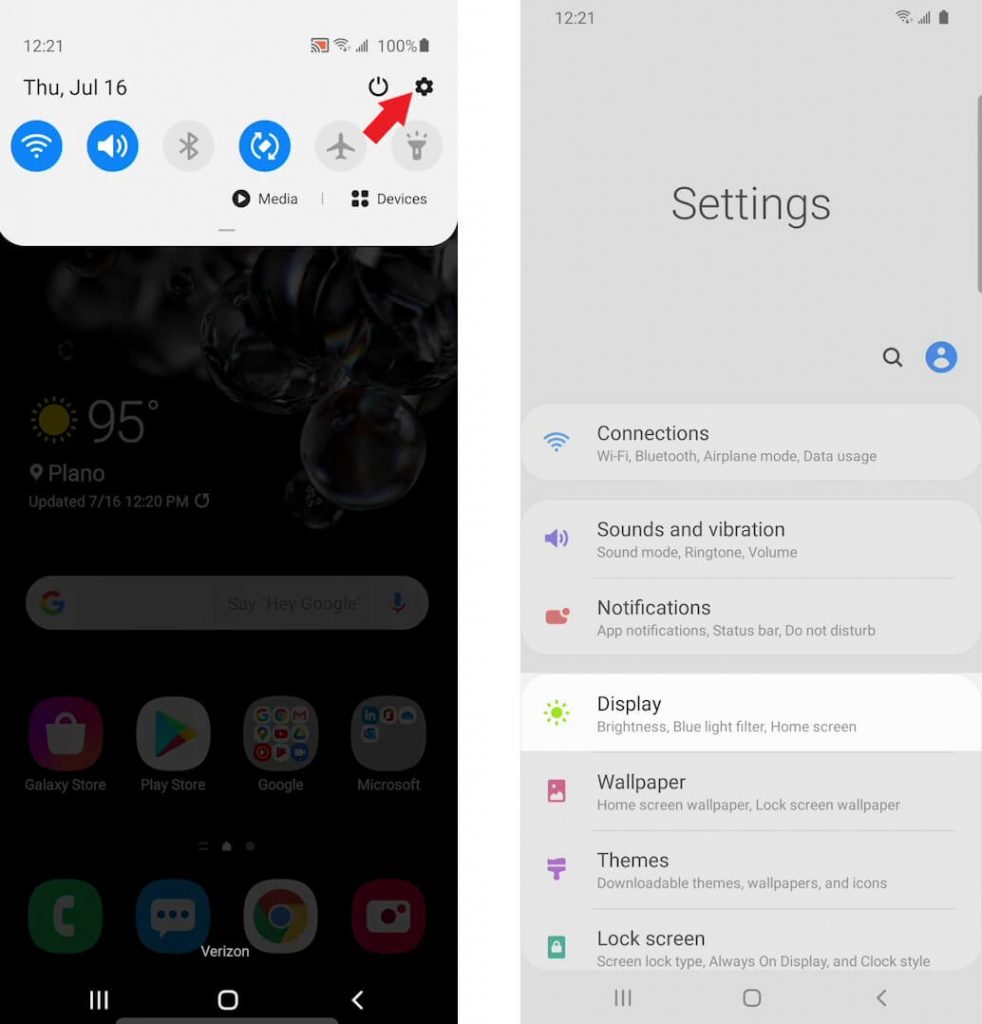 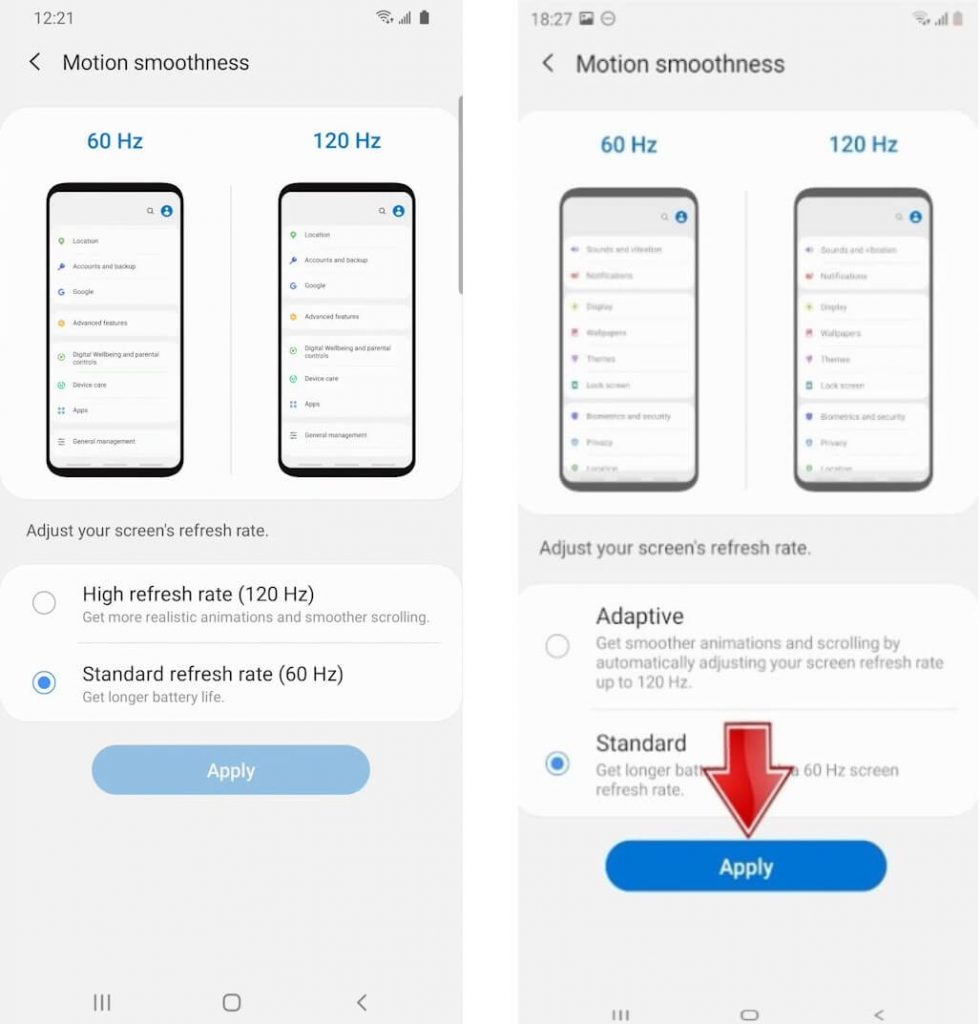 If you are facing overheating from the camera in your Samsung Galaxy S22/S22 Plus/S22 Ultra, we recommend the following troubleshooting steps:

Steps are open the camera app > tap on the gear icon > reset settings.

Open Settings, and then scroll and tap and open Apps, in the Apps list, select the Camera app. Now tap on Storage and then tap Clear cache and then tap on Ok. Same way to clear data tap Clear data and then Ok.

Note – It’s normal for Samsung Galaxy S22/S22 Plus/S22 Ultra to warm but when you record videos in 8K 60FPS to avoid overheating the 8K video length is limited to 5 minutes.

Note: Your phone should have an active internet connection to update your Samsung Galaxy S22/S22 Plus/S22 Ultra software. It’s recommended to use wi-fi.

Step 2- Scroll down and find the option Software Update.

Step 3- The system will search if an update is available for your Samsung Galaxy S22/S22 Plus/S22 Ultra, you will get the option to download and install it. Tap on that option and update your device. 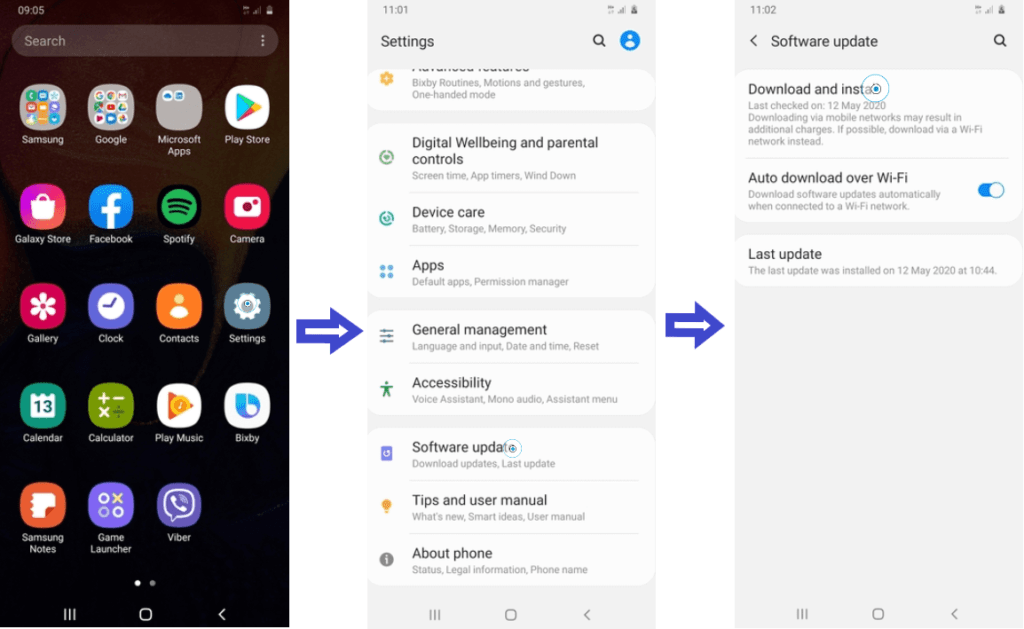 Also Read: How To Recover And Backup Data From Broken Samsung Galaxy Phone/Tab

If the problem persists after following the troubleshooting suggestions provided above. We recommend sending an error report from your Samsung Galaxy S22/S22 Plus/S22 Ultra. Send report within the first 2-3 mins of the problem occurring. Error reports are forwarded to the support staff in the order they are received. Then the staff investigates the reports to uncover the issue in your device.

Once they have investigated the report the support team may contact you with a reply and more advice.

Steps to send a report to support:

Step 1 – Open the menu and long-press the Samsung Members, when the app screen appears tap on Error reports. 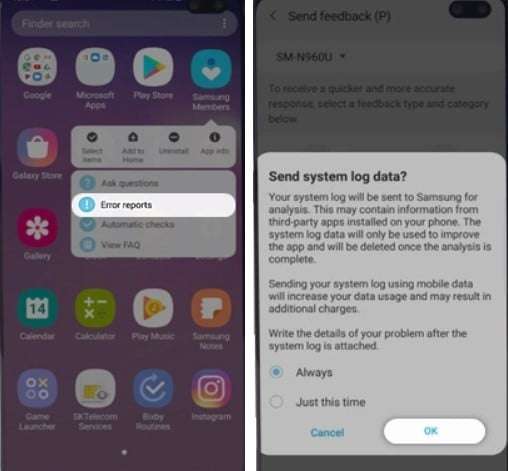 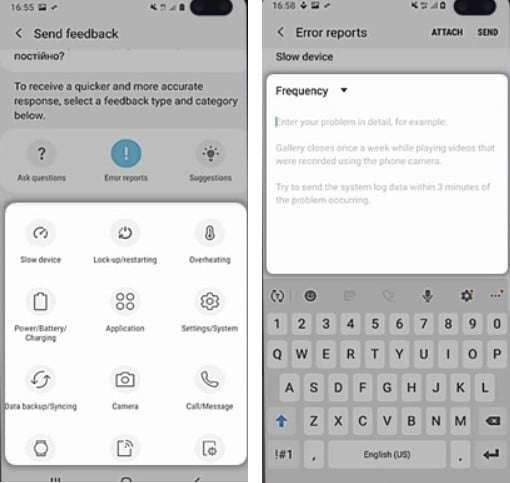 Step 4 – Now describe your issue and when done tap on SEND.

Moreover, you can also go to the authorized Samsung service center and get your Galaxy S22/S22 Plus/S22 Ultra checked if there are any hardware issues that may be the culprit, they will get them fixed.

Also Read: How To Hide Photos On Samsung Without Using Any App

This solution is for the users who like to play games or watch marathon series on Netflix on their devices for long hours. It’s obvious such uses will generate heat and cause overheating. 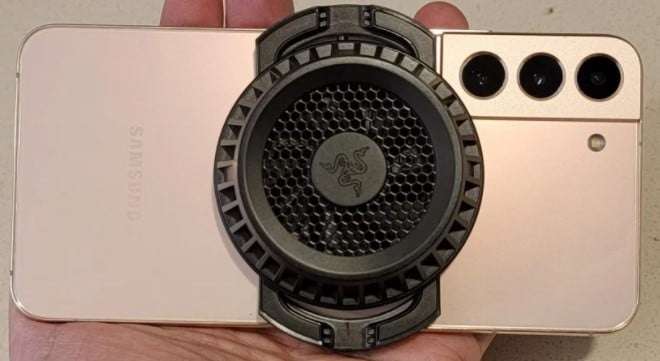 Just for such hardcore smartphone users manufacturers have made accessories like phone coolers. There are clip-on coolers and magnetic coolers that you buy online. These phone coolers are attached directly to the back of your phone and that part gets cooled. Some of the pone coolers examples are Razer, Black Shark, FlyDigi, and many other brands.

Also Read: How To Get Pictures Off A Broken Samsung Phone

Phone overheating is a common issue in smartphones these days. As they come loaded with tons of features. Multitasking, too many apps opened at the same time, apps running in the background. Downloads active at the same time as your streaming game on your smart T.V. Such multitasking will overheat your Samsung Galaxy S22/S22 Plus/S22 Ultra.

If you are not multitasking as mentioned above yet your Samsung Galaxy S22/S22 Plus/S22 Ultra is overheating follow the solution above in this blog and fix overheating issue. Yet if nothing works then wait for the next OS update, Samsung’s CEO is too aware of this overheating issue, and march’s firmware updates have allowed users to make changes in the S22 Game booster to fix its throttle issue causing the chip to overheat. 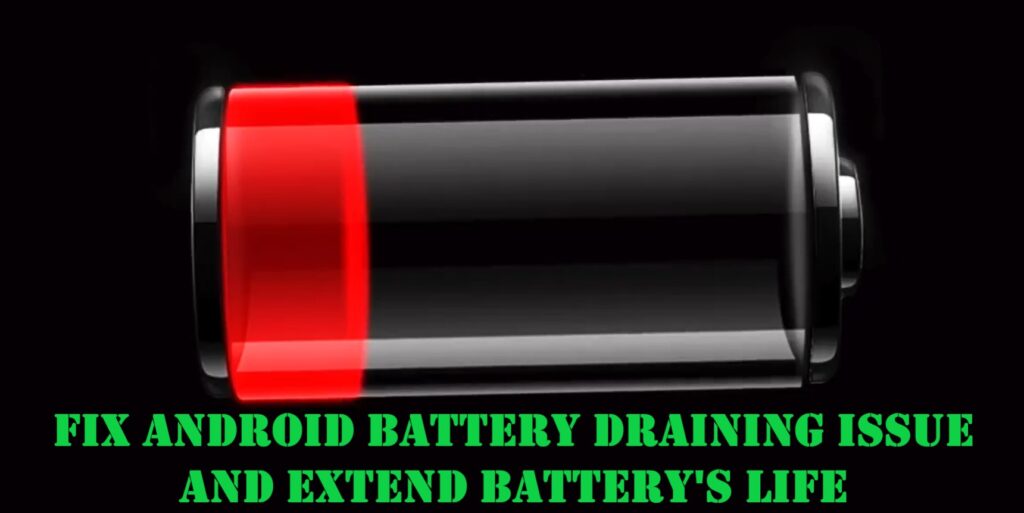 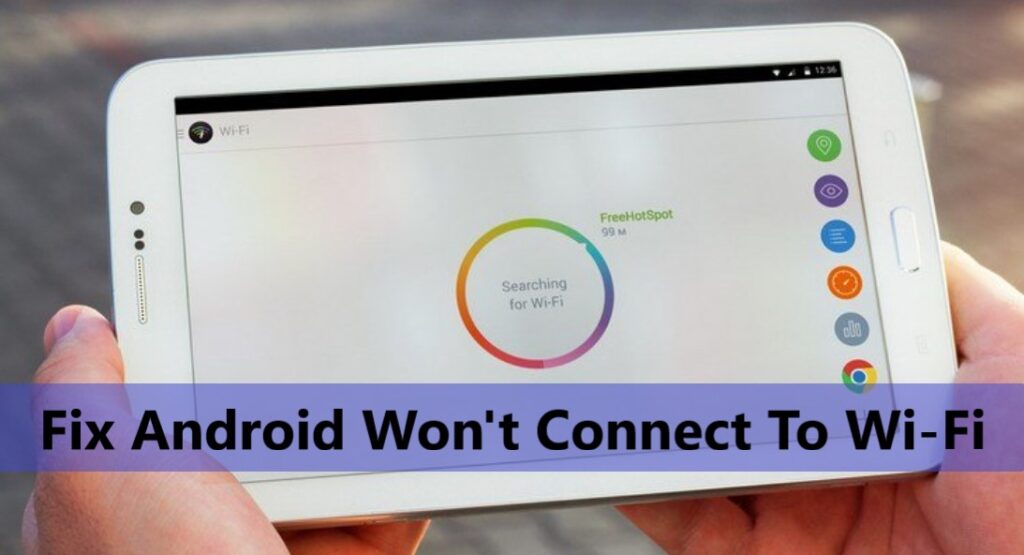 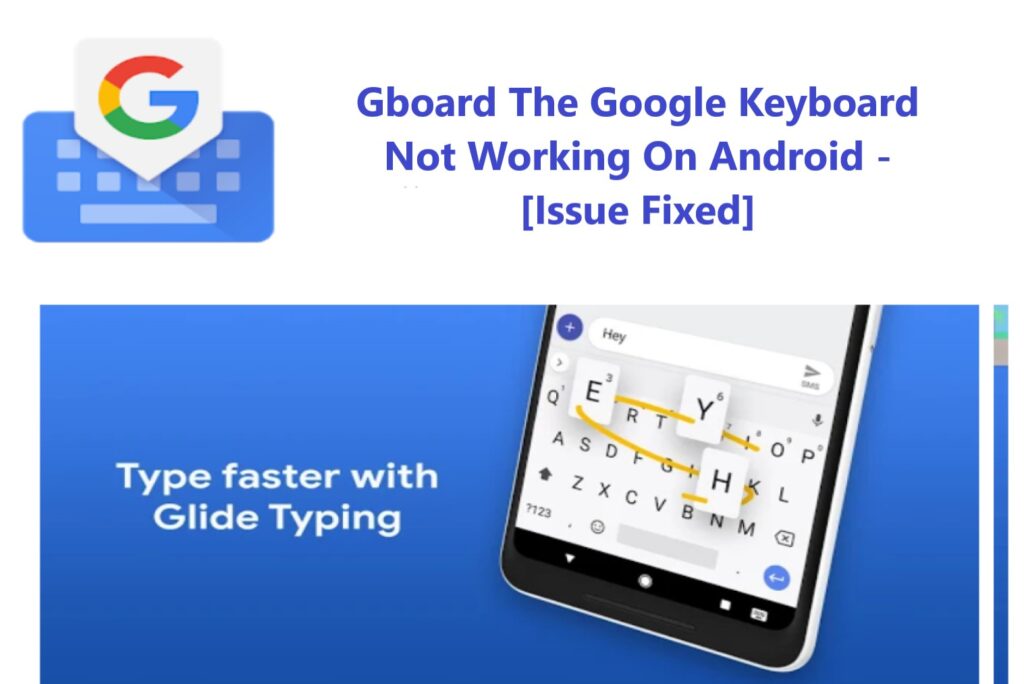 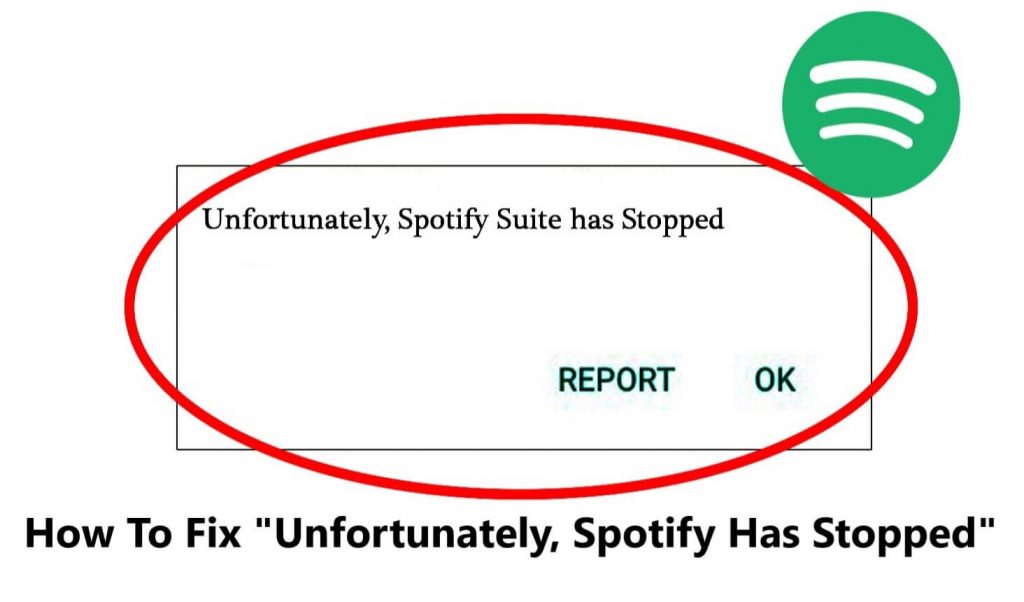