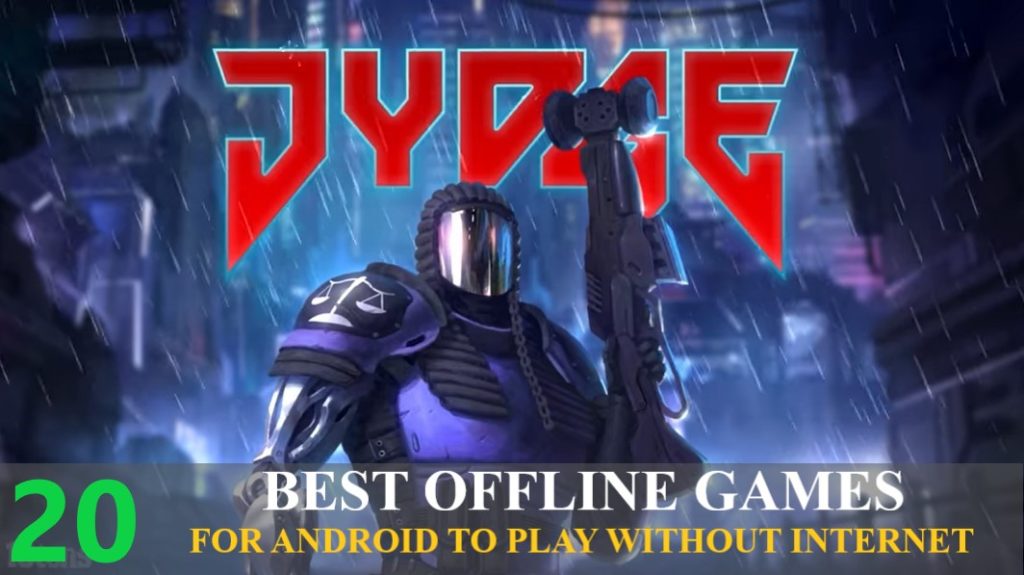 Mobile games have become very popular among the masses. There has been enormous rise in Android Games in the last few years. There was a time one used to enjoy gaming on console and PC. But now users prefer playing games on their Android smartphones.

Reasons are obvious, the advancement in Android devices. Today’s mobile hardware are very powerful. Popular console games developed and available on hand held Android Device. No extra accessories required, just your Android device and you can play games anywhere anytime on the go.

The Android games are divided into two categories online and offline games. There are several times when users want to play games without limitations, for which they look for free offline games. Online games create problems and can’t be played without internet. So, Android users search for, what are best Android offline games?

Well you might know a few, I have selected 20 best offline games for Android smartphones. Which are mostly available for free on Play store and some which you can purchase. Play them as much you want to anytime, without worrying about consuming your internet bandwidth. Below go through the list of all 20 offline games, if you like some just get it from Play Store and enjoy.

Once Upon a Tower 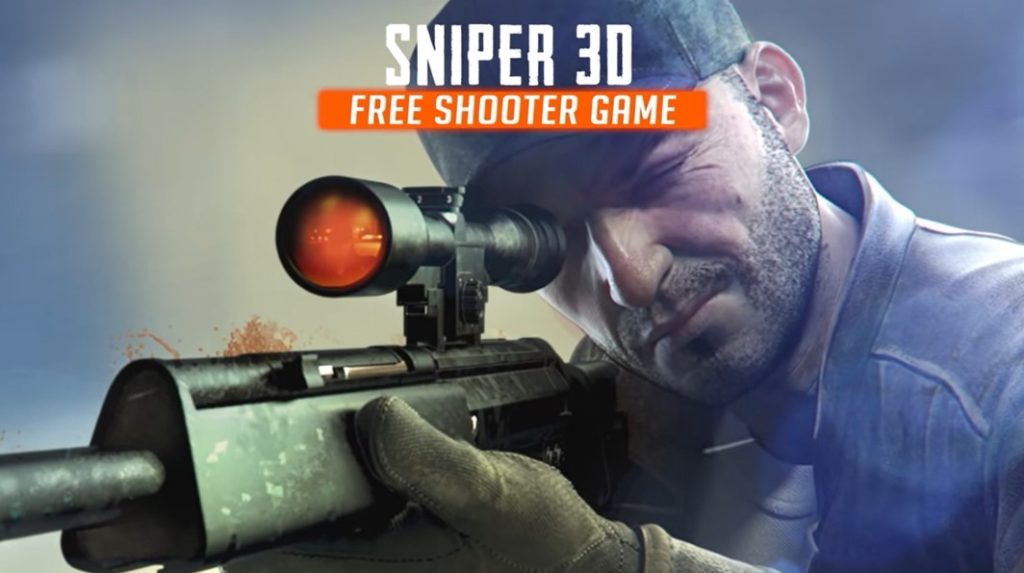 It’s a good quality 3D shooting game, where you get to be a sniper. Play games kill enemy collect points, in games it called gold coins. The gold coins are used to purchase game’s net levels. To play this you don’t need wi-fi or internet. 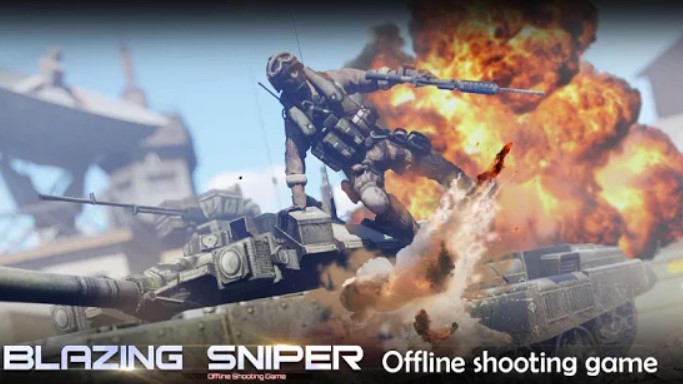 Ready to protect your country from Zombie invasion. Your task as a sniper is to kill zombies, lots of arms and weapons to choices. Different modes for different moods. For beginners Blazing Sniper game has easy level. When you have mastered the easy level, you can jump to hardcore level. The game is available free on Play Store and is one of my favorite free offline games for Android. 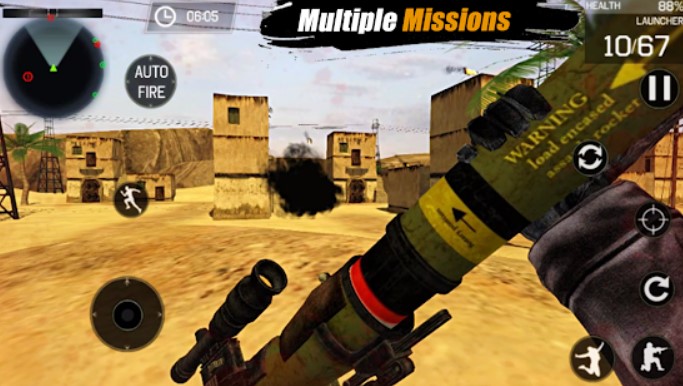 Feel like a Patriot, real in war like experience kill terrorist and save your country. Military warfare where get to use advanced weapons. The enemies are challenging.

3D graphics gives you game experience as you move along. The game controls are easy and game is interesting. The best thing is you can download it free from Play store and to play Critical Frontline Strike you don’t need internet. 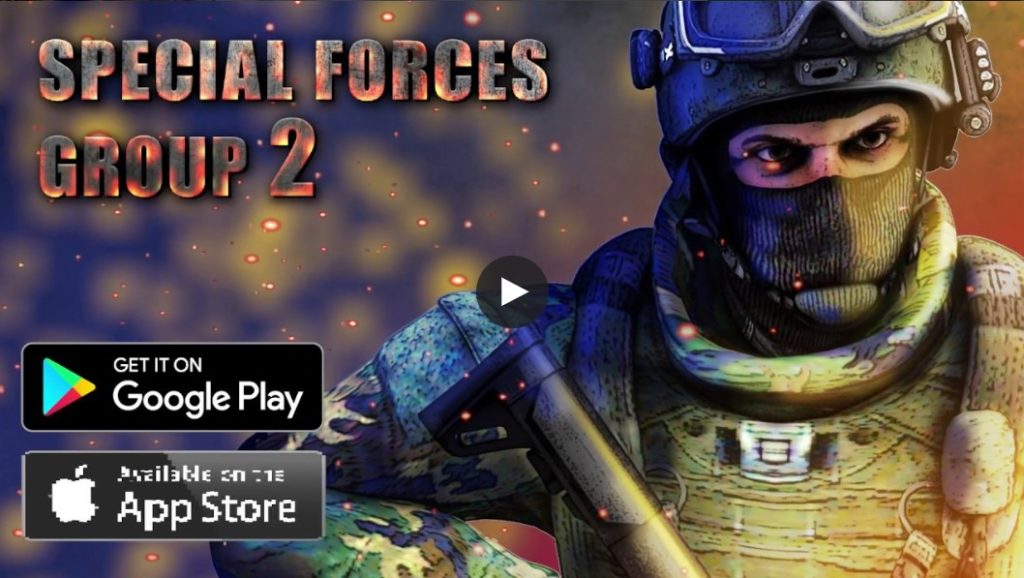 This is a shooting game. If you love shooting games this one is a good one for you. It has four modes like Classic, Bomb, Zombie, Resurrection and Capture the Flag mode.

This game can be played both single and multiplayer. You have lots of choices when it comes to weapons, can use shotguns, pistols, machine guns etc. 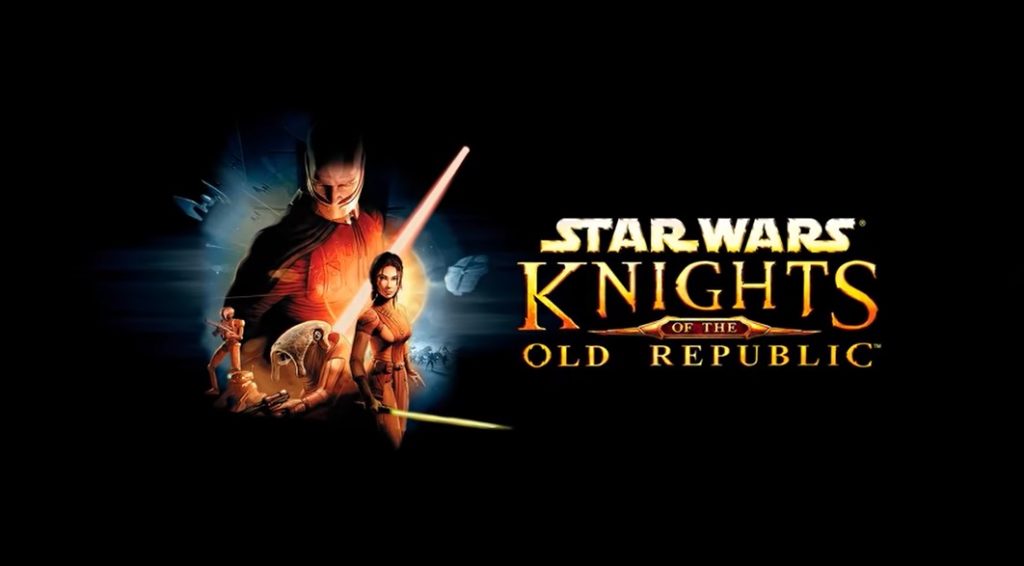 This game is best for you if you are a Star Wars enthusiastic. You can choose which side you want to be Jedi or Sith. Here can play as hero or dominate by playing as a villain.

You get choice to choose from multiple characters. Cool modes of transport and the best thing is you get to optimize you own Lightsaber. Its one of the best offline games for Android devices and Star Wars fans. 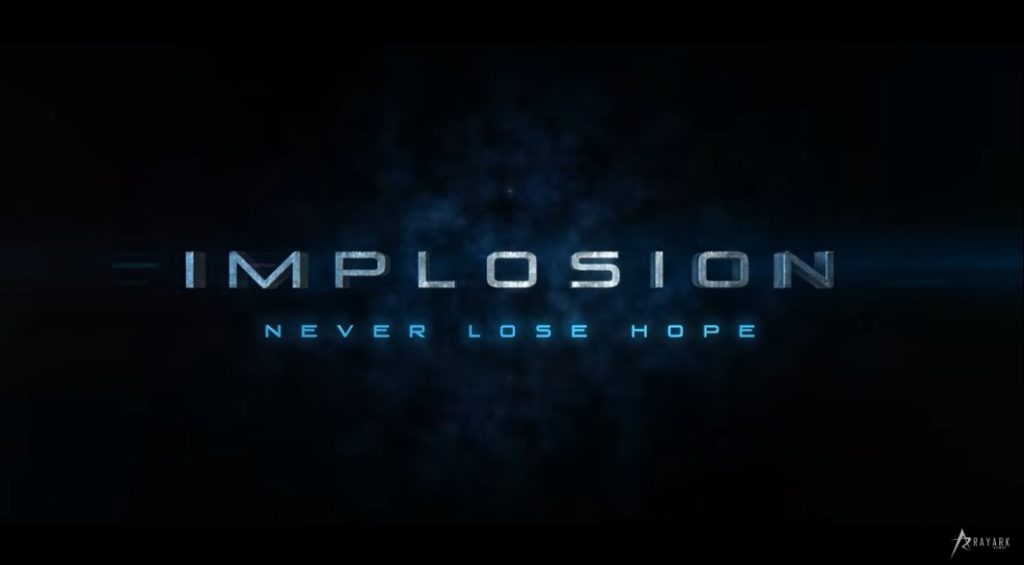 Get a game console like experience on your Android Smartphone. Just plugin your headphone and get impressed in the game. The background audio is just awesome and the graphics are amazing.

This game has six levels, fight and kill enemies as you move along the game becomes more challenging. The best thing this is absolutely an offline game.

This game is not free you have pay for it, but its offline game can be played without wi-fi/ internet. 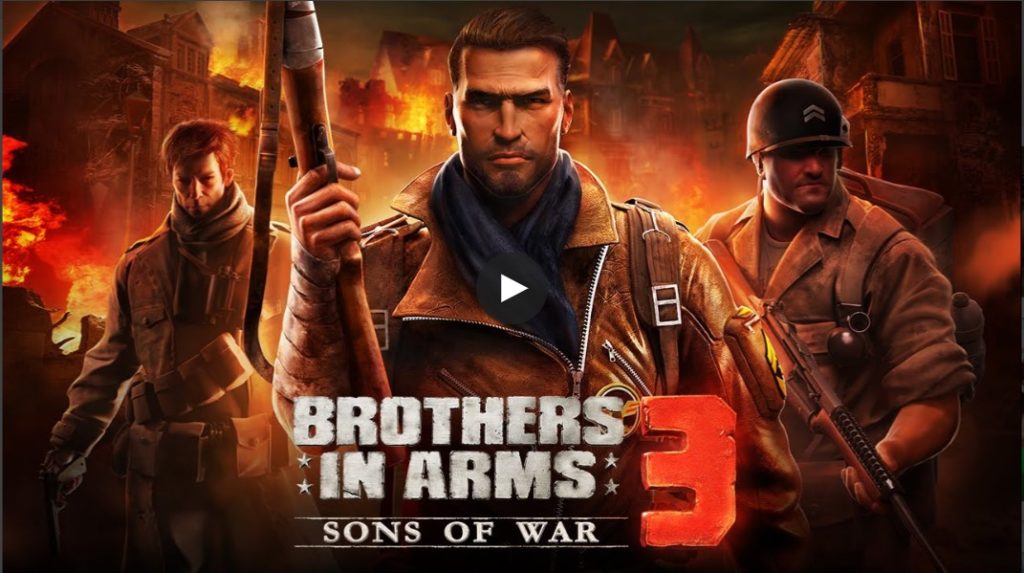 It’s a classy animation game in which you get to play as a soldier. The game has multiplayer option and single player option. As you move up in game you get new weapons and many perks.

As the name mentions Arms it can be played on some smartwatch too. Available for free and you don’t need internet connection to play. 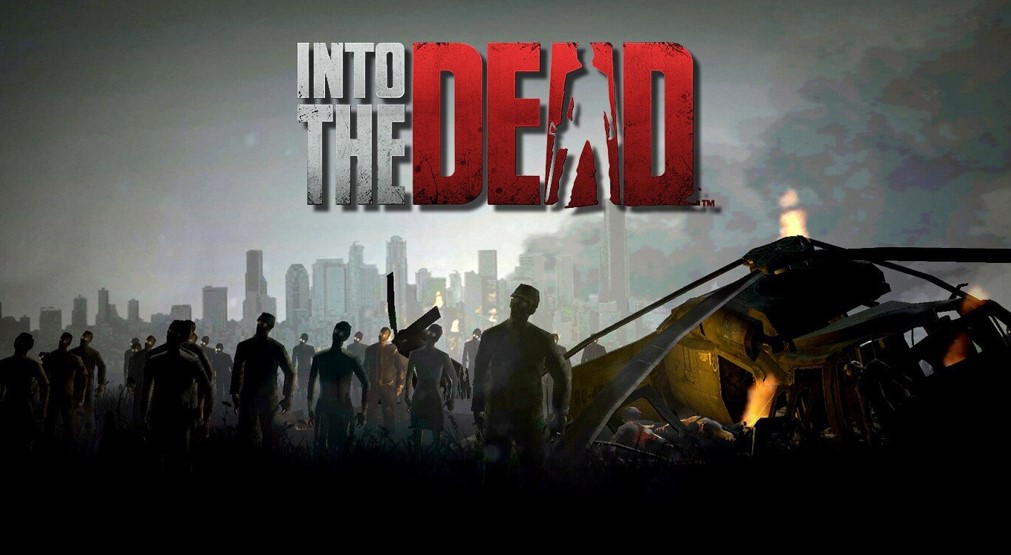 In this game you have to save yourself, do anything but keep yourself alive. Complete goals as you move ahead in game and unlock locked weapons.

Lots of levels and missions, build high scores and challenge friends to beat high score. One of the best offline game for Android game lovers. 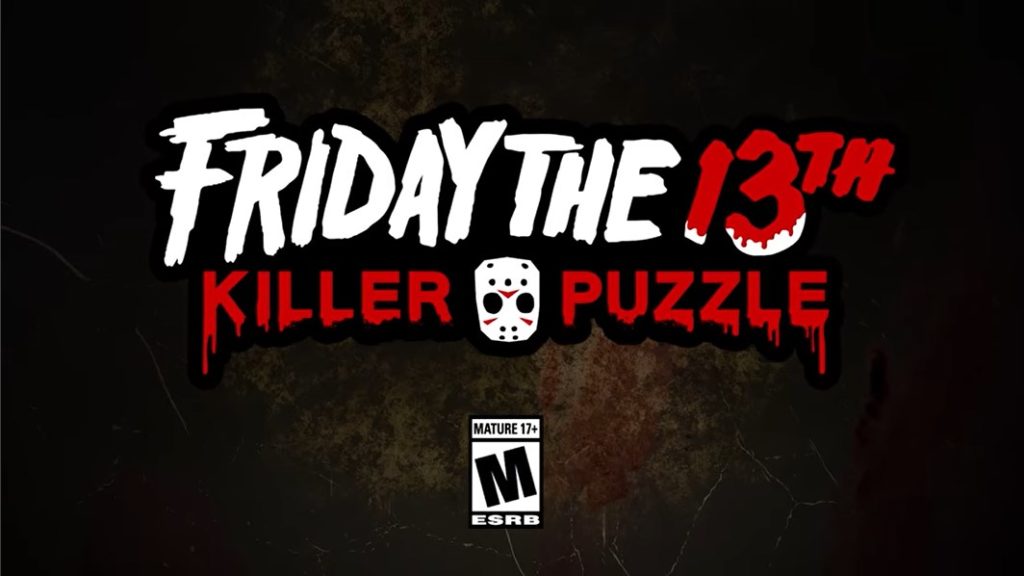 This is a game where you get to play a killer’s character. The character is inspired from fictional character Jason Vorhees in the movie Friday the 13th.

Kill people outsmart cops and avoid traps. The game is filled with horror so it’s only recommended elders. The game is free to download on Play store and can be played offline. 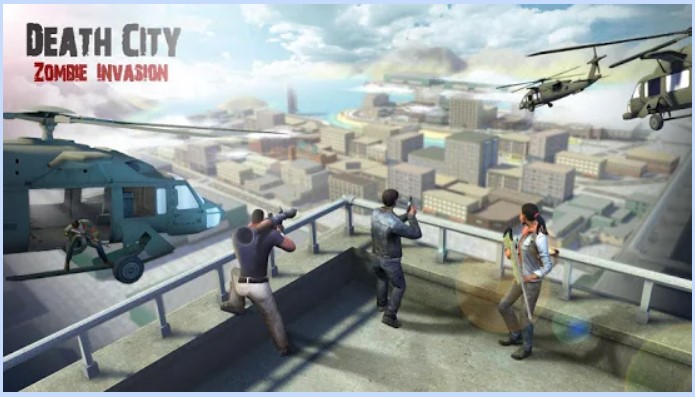 As you go ahead in game you have to kill zombies to collect their DNA. Which you can use to upgrade weapons. As you move ahead in games you power increases. The game is available for free on Play store and yes it can be played without internet.

Once Upon a Tower 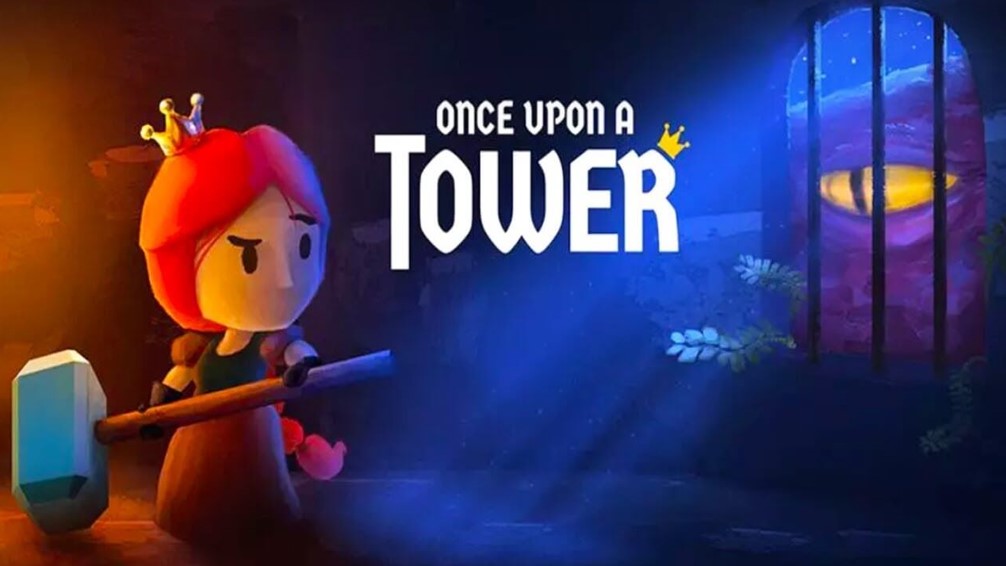 Its as rescue game in which you have to rescue a princess. In the game you have to beat the enemy. Escape the dangers that comes in between, in attempt to rescue the princess.

The game has multiple levels in which have to fight with monsters and other creepy characters. To keep power up you have to collect coins. The game is interesting and easy to play. The game is free to download and can be played offline no internet required. 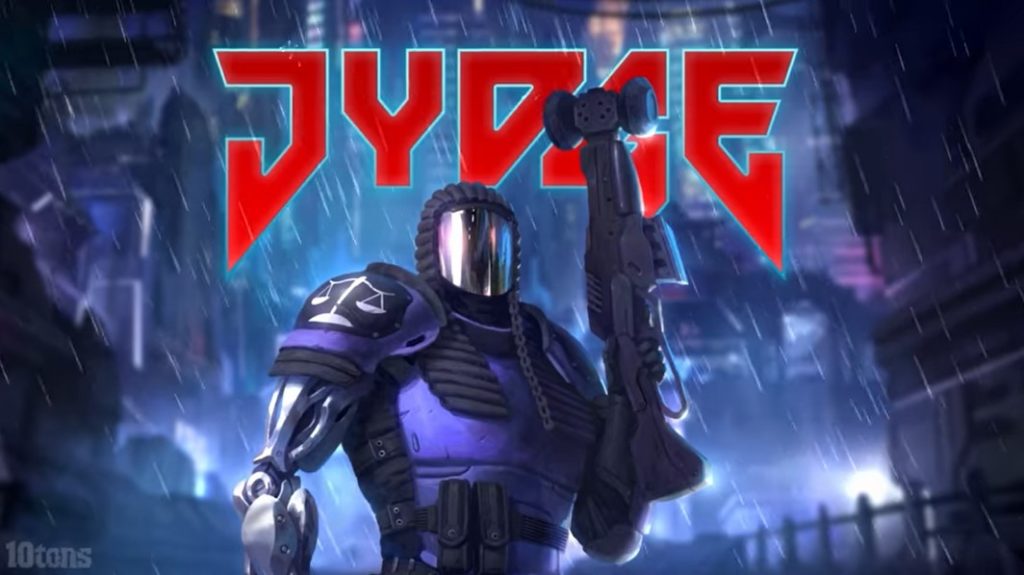 This is a shooting game; you have to be skillful player to play this game. The game has two controls. You have to react very fast take cover from enemy bullets, move ahead and aim and shoot all at the same time.

The games background score is awesome. As you move ahead you get to upgrade you gun, get points extra fires and weapons.

You can play this game offline but you have buy it, so before you buy it check your device compatibility and then buy it. 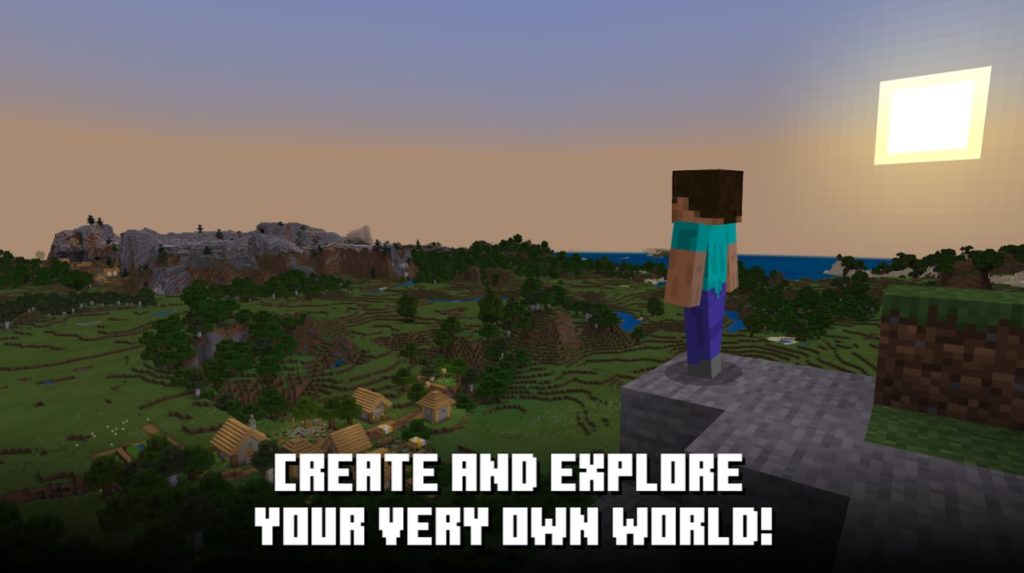 This Android game has two mode Creative and Survival. In the Creative mode you get to build you own world there are all type of resources available using which you can craft out you own dream world.

In survival mode you get to craft weapons, there are multiple weapons to fight and remove threats. 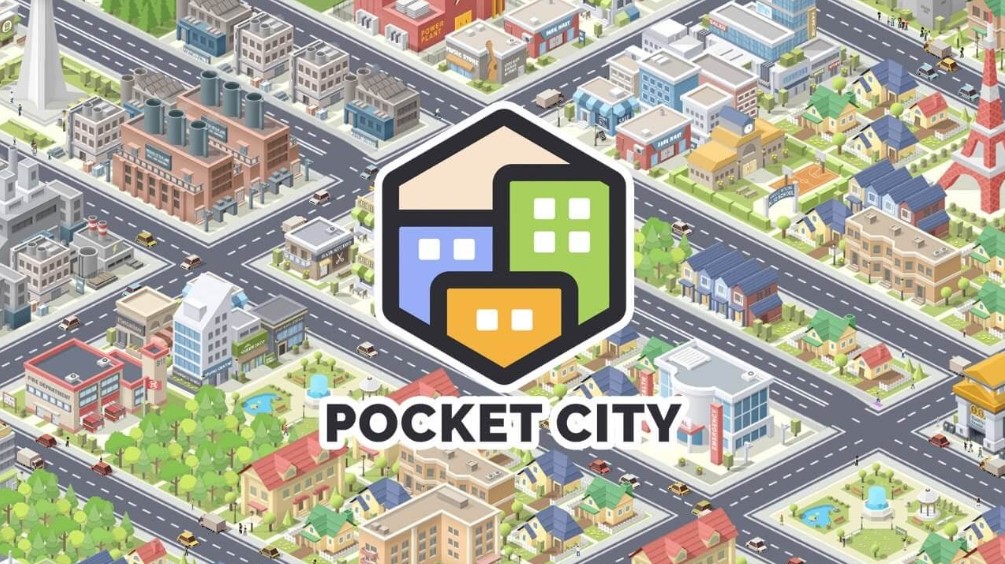 Here in this game you are the Mayor where you have to build your city. You have to build homes, place for commerce, roads and many other places and things that a real city needs.

Moreover, you have to look into all affairs like making money, crimes, security. You get limited features in free version to get more feature you can buy the premium version. And yes, the game can be played offline. 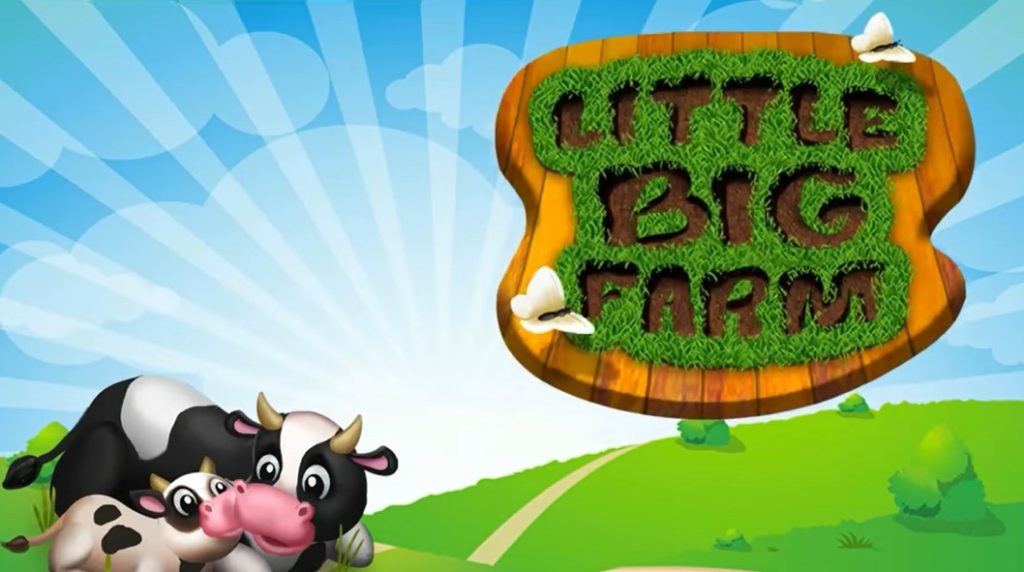 The name says its all, it’s a creative game where you get to play as farmer. In this game you have to show all your skills build farms, cultivate crops harvest them.

The is not as easy as it sounds you have to work hard in game, show all your skills like real farmer to improve and get success. 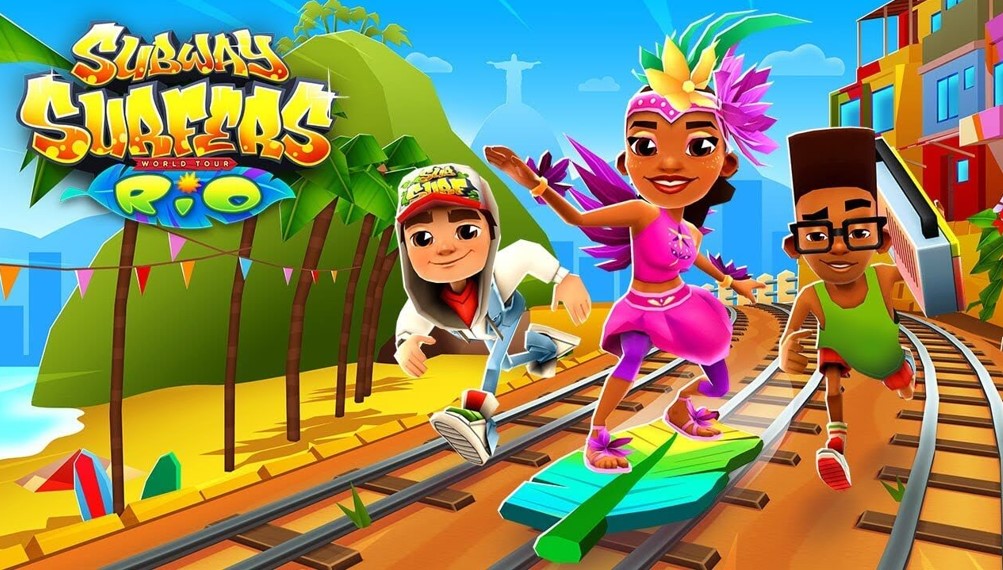 Subway Surfers is a one of the best offline Android games. In this game you are chased by a policeman with his dog. You are on railway track running to escape, while you run you have to be cautious and save yourself from coming trains and other obstacles and also collect coins to score.

You get power boosters along with coins which help you speed up in game. Wrong jump makes you slow down and you get caught by police. This is a free game available on Play Store and it can be played offline as well as online you can link you Facebook account with it and compete with other friends too. 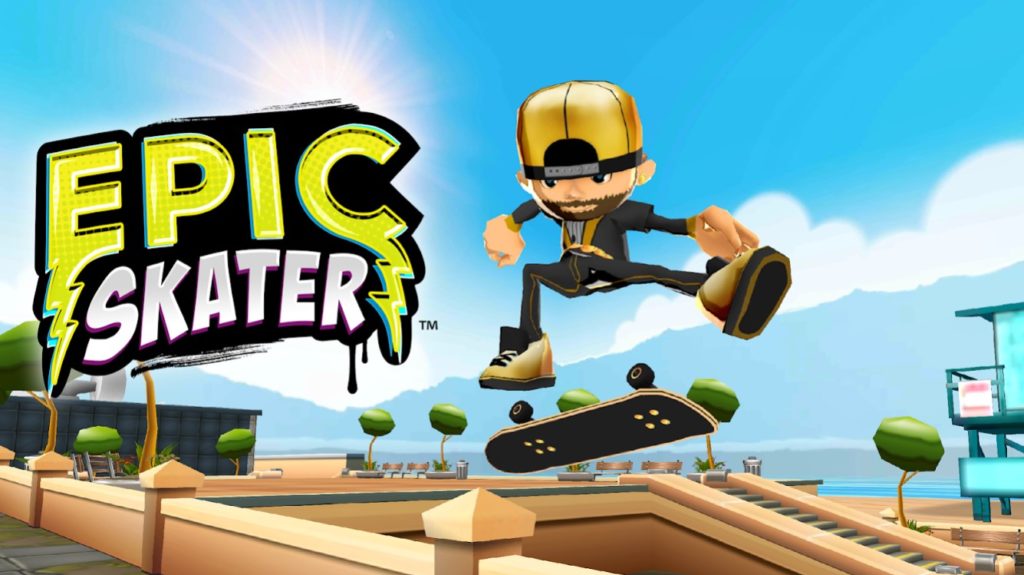 Epic Skater in this game you are a pro skater. You are skilled to perform all stunts as a pro skater. While you move ahead you get to collect points.

This game can be played by anyone in time you can play like a pro. Learn all the stunts as you more from one level to another you learn and also earn points. The game is free to download and it can be played offline no internet connection required while playing. 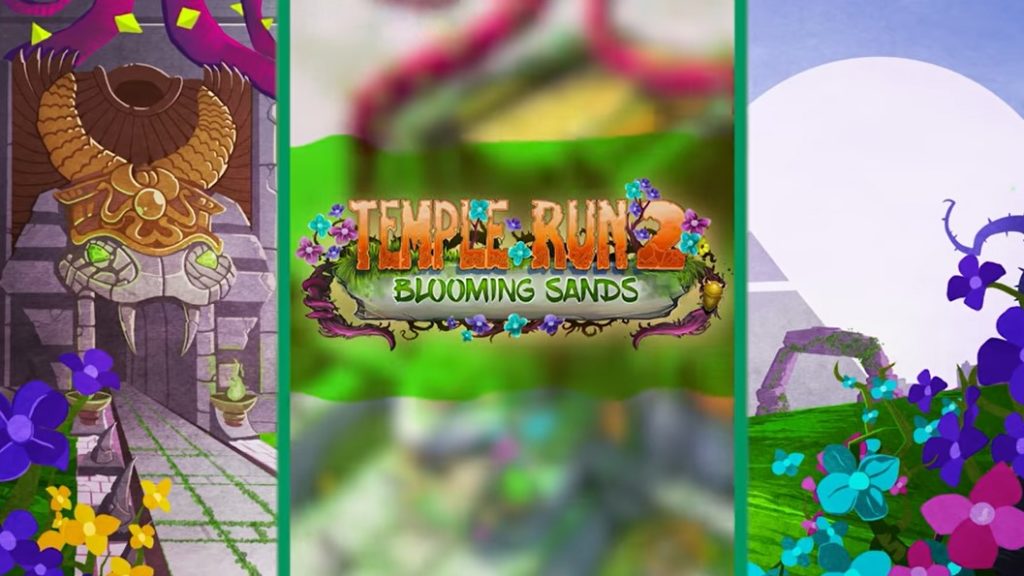 Temple run 2 is a very popular running game, with millions of downloads. You run to survive save yourself from obstacles. As you move ahead in games according to your achievements you get rewarded with special skills, power and bonus.

The game is filled with adventure with amazing view and background. Its available for free and need no internet connection to play it. 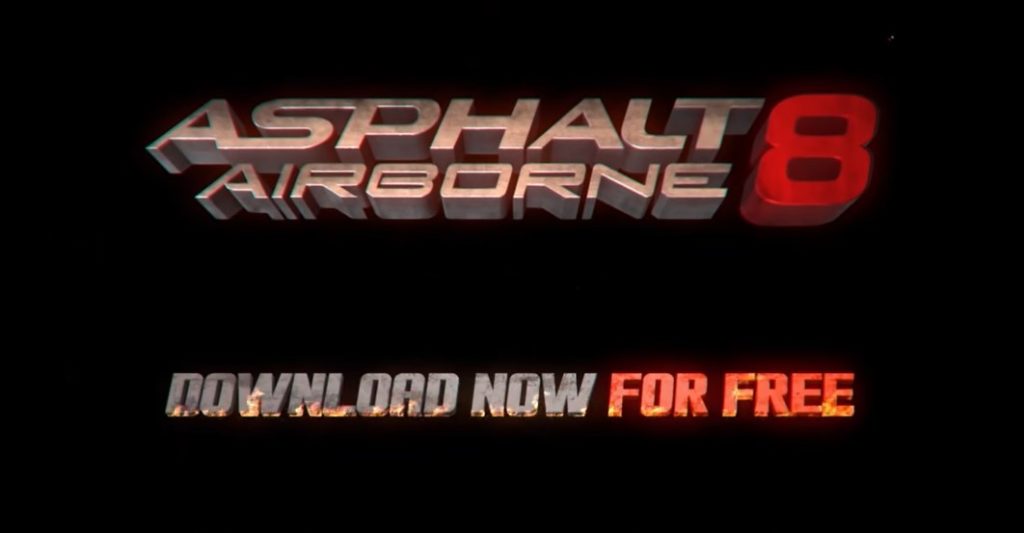 Asphalt 8- Airborne is one of the popular car racing game from Asphalt series of games. You have to compete with other high-speed cars. Its loaded with lots of new features, new locations to race. After each level you complete you get new and tough goals. If you are into car racing you will love this game.

The game is free to download and its too a offline game.

There is a long list of offline games other than the one I discussed in this article. These are the games that are popular among the masses that can be played offline. Choose from the genre adventure, action, creativity, puzzle, racing and others.

I hope you found the type of game you were looking for. To play offline without worrying about your internet bandwidth. So, enjoy and happy gaming have fun. 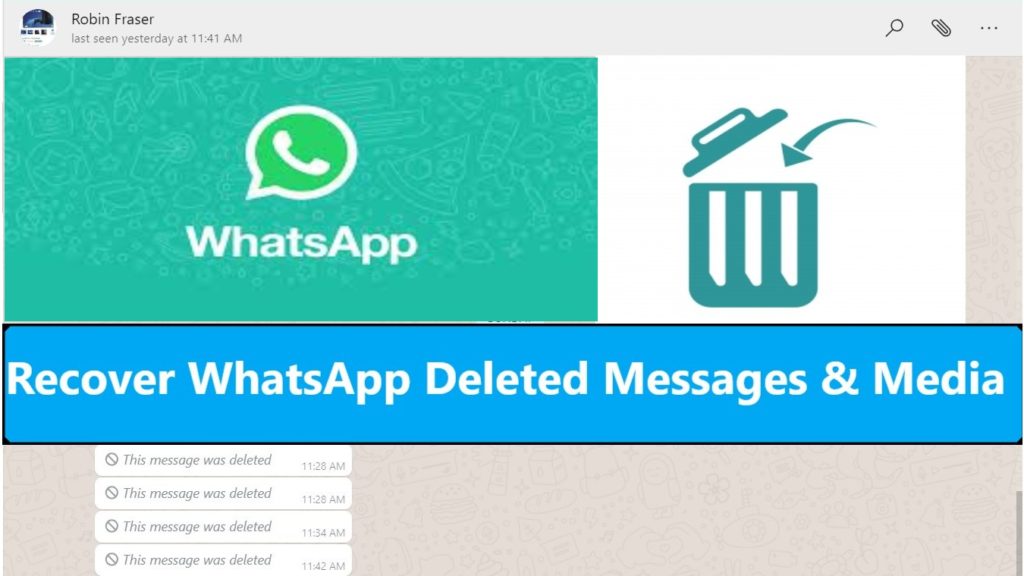 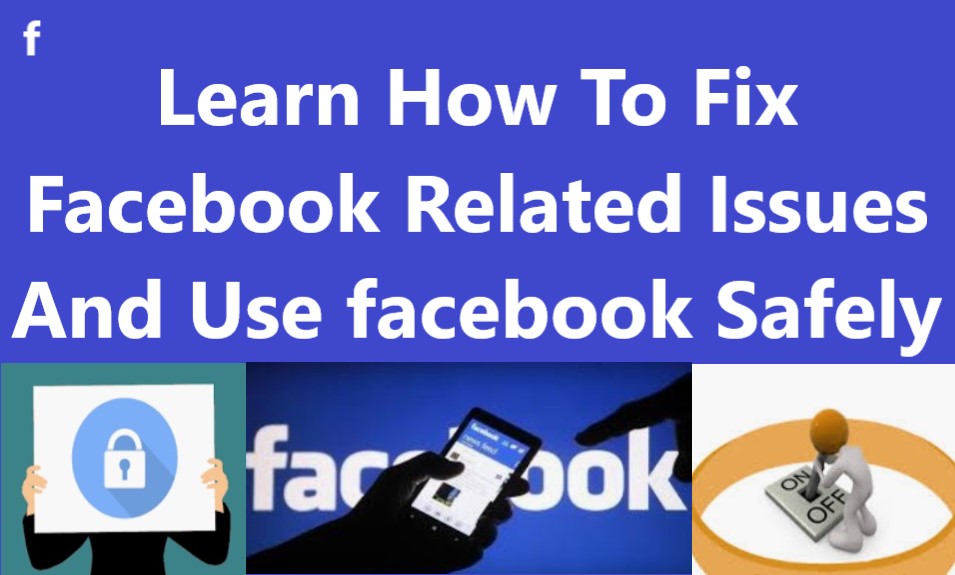 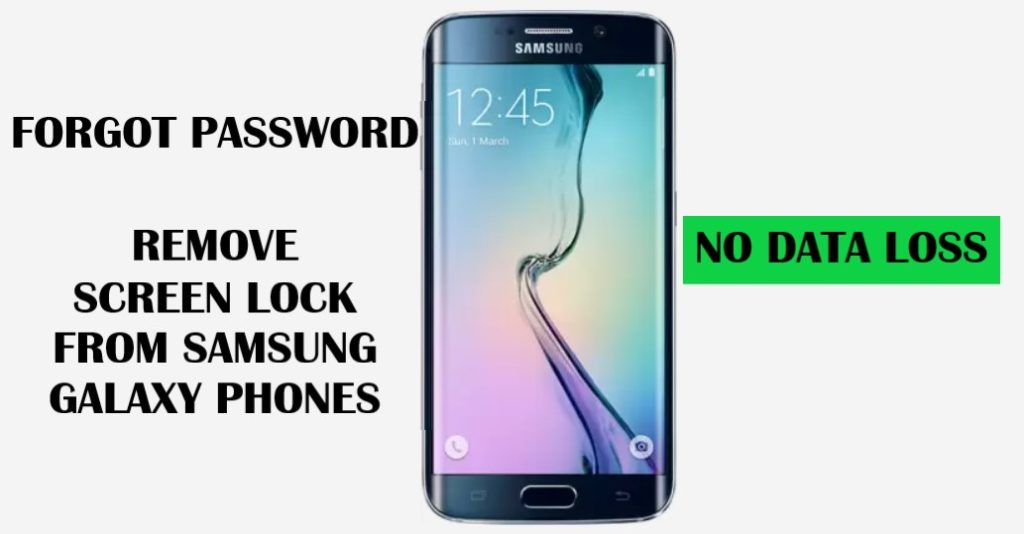 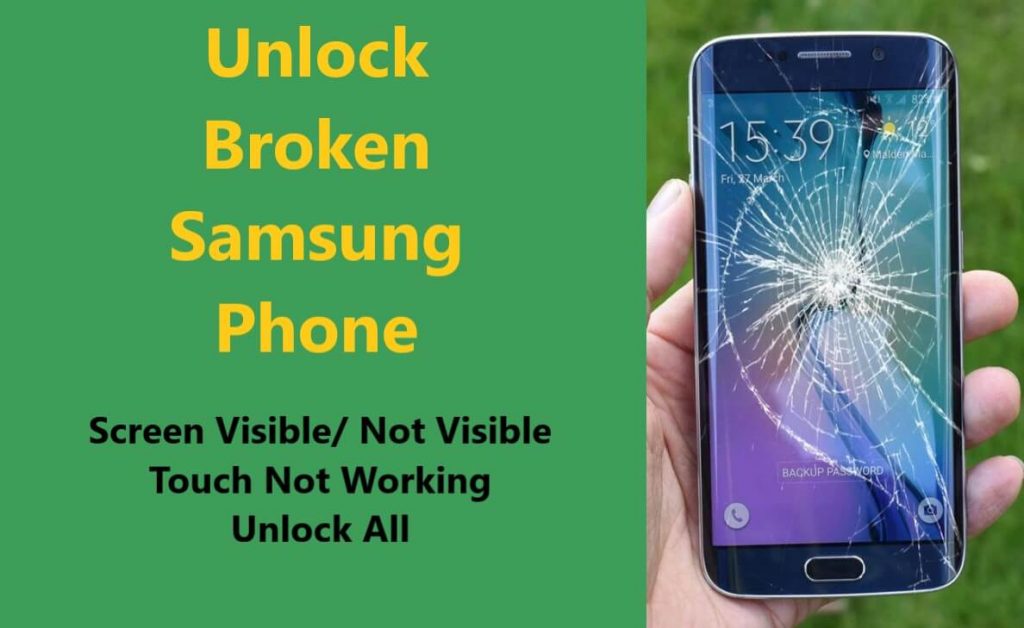 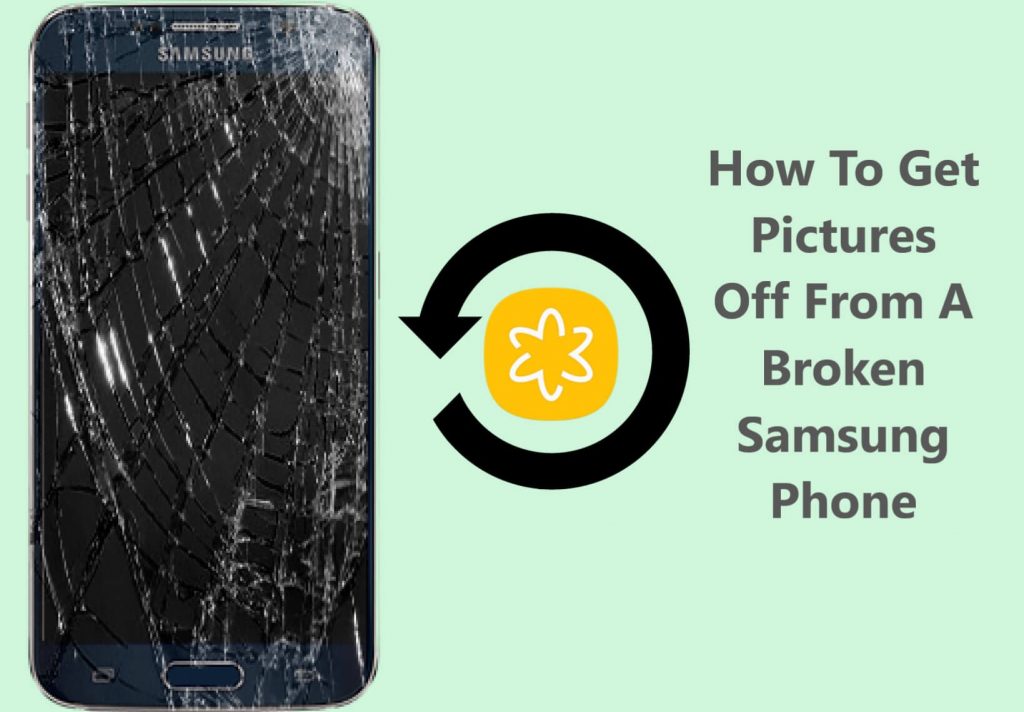